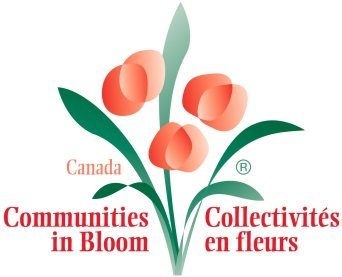 Szentes is located in the Southern Great Plain region, in Csongrád County, Hungary, by the Tisza and the Hármas-Körös, on both sides of the Kurca. The third largest city in the county, with a population of 28,000. Szentes is the city of sunlight, water, flowers and trees.

The presence of the Tisza, Hármas-Körös and Kurca in Szentes is a special natural image. Kurca, which crosses the city, is home to many species of plants and animals. Szentes and its surroundings are uniquely rich in natural values. In addition to the habitats accompanying the rivers, there are significant natural grasslands, woods, such as the smallest parts of the ecological corridor between the agricultural tables. In addition, spontaneously rehabilitated, abandoned mining pits, marshes, lakes, cube pits make nature more enriched.

Europe’s second largest NATURA 2000 protected thermal lake in Szentes, a resting place for migratory bird species. In the floodplain of the Körös, the wetland habitat of local protected natural habitats of rare species of flora and fauna lies in the territory of the Magyartés-Zalotai area.

Széchenyi Park, the oldest public park in the region is located in the heart of the city, 7 hectares on the side of the Kurca shore, which serves active and passive recreation. The park is home to the building of the National Museum, tennis courts, city beach and indoor swimming pool. In addition to the promenade, there is a rubber paved runway, a forest squash court and a playground. The whole area of ​​the park is equipped with an automatic sprinkler system fed by Kurca’s water. The park has been a nature reserve since 1953.

The central part of the city is surrounded by pearly-stitched parks.

For public areas more then 50,000 annual, two-year, bulbous plants and geranium plants planted or placed in balconies annually. Based on years of experience in choosing the annual flower varieties, Hungarian breeding varieties are put to the fore.

In the “Grandma programme”, we distribute 5,000 annual flower buds annually, which are planted on public places in front of their property by residents, grandparents gardening with grandchildren.

In the formation of the green surface, we neglect the planting of allergenic and invasive plant species / varieties.

In Hungary, a unique flower garden clock was built, which will capture the exact time of atomic clock accuracy from a GPS satellite antenna.

During the rehabilitation of the city, the green areas, playgrounds, full pavement reconstruction were completed, the peripheral neighborhoods also developed. At the city level, as a result of the “Bringazz Szentes” (Ride on a bicycle) motto has almost completely built the cycle path. In the main street, inadequate route crosses have been redesigned so that the bloomful round-abouts provide smooth, environmentally friendly traffic. As part of the project, a pedestrian street was established.

The local government involves the public, the enterprises and other employers into beautifying their environment in the framework of the competition for “More floral city of Szentes”

Newborn babies have received a “New Life Tree” for 21 years, which are planted by parents and cared by them together with their children.

The local government has joined the nation’s most beautiful vegetable garden in Hungary competition, and since its inception has participated in the Flowering Hungary’s Environmental Growth Challenge, with each year awarding our city a prestigious award. Last year the city won the Golden Rosa Prize of the Southern Great Plain Region.

Within the framework of the new urban development investments and developments, the main goal is to renew our public places in line with the rapid climate change. This is in the spirit of replacing the aging, diseased plant stock. Adapting to extreme weather, plant species / varietal change is continuous. The parks are equipped with an automatic sprinkler system, where water is drilled in several places to protect the drinking water from the groundwater well.

On the Tisza shore, more than 600 trees were examined individually and the long-term tree handling plan for the resort area was completed. A number of old trees have been given endotherapy for plant protection. In the Széchenyi Liget and its surroundings, as well as in the center of the city, a three-dimensional wooden faucet was investigated to provide tree handling guidance. The local government provides financial support for the public from its own budget.

The Heroes’ Forest is a 7.5-hectare “lungs” of the suburbs of the 80-year-old parish park, which commemorates the heroes of the Holy Roman Empire who died in the First World War, and is now revitalized. Our town has the title of National Sports City, so in this spirit, building of a runway path is charateristic step of the development, providing active leisure time for inhabitants.

The city administration is committed to creating a sustainable, livable green city.

This was emphasized by our Mayor, Mr Imre Szirbik, who celebrated the 25th year of his Mayority, by the planting of 25 swamp cypresses on Kurca Promenade.

Renovation and energetic modernization of almost all municipal buildings have been completed. In addition to modernizing buildings, institutional and church gardens have also been built up.

In order to reduce the emission of harmful gases, the municipality has made many improvements. Fortunately, Szentes is very rich in strata. There are 32 thermal wells in and around the city. Solar energy utilization is also gaining ground. After the capital of Iceland, Reykjavik, Szentes has the second largest district heating system based on geothermal energy in Europe. This is a milestone in the life of Szentes, as the heating of public institutions has become cheaper and on the other hand more environmentally friendly. Due to energy modernization, the city’s carbon dioxide emissions are reduced by 800 tonnes per year!

We also use the possibility of legislating for climate regulation. In the form of a local decree, we have adopted our regulations on environmental protection, rules of coexistence, conservation areas and building regulations, which aim to ensure the sustainability of the environment.

The development of various programs and the monitoring of their implementation is part of our environmental and nature conservation endeavors, without the need for completeness: – Kurca Water Protection Program (main component of bioremediation treatment, oxygen enrichment and refreshing water supply), Environment Program, Agenda 21. Sustainable Local Development Program, Integrated City Strategy.

An approved garden design plan is part of the construction permit for large scale investments, not just for local government investments. The City’s Regulatory Plan for Industrial Service Providers also requires the establishment of protective wading.

Regular and free public green-waste collection is ongoing. Some of the compost produced during the composting operation is reused in the repair of the public parks and the social garden. The groundwood is used for soil protection to prevent groundwater retention and preventing weeds.

In order to clean public areas, a large number of waste collection actions are being organized, in which students, companies and NGOs show great activity. Separate waste collection in the city area is gaining ground.

The ditch site near the recultivated dumpsite is being developed into an aquatic habitat and park. Forest were planted next to the municipal wastewater treatment plant and the dump site by the local government, where native trees came to the fore.

The success of our work is reflected in the following major national and international prizes:

Visit Szentes, be our guests! We look forward to welcoming you!